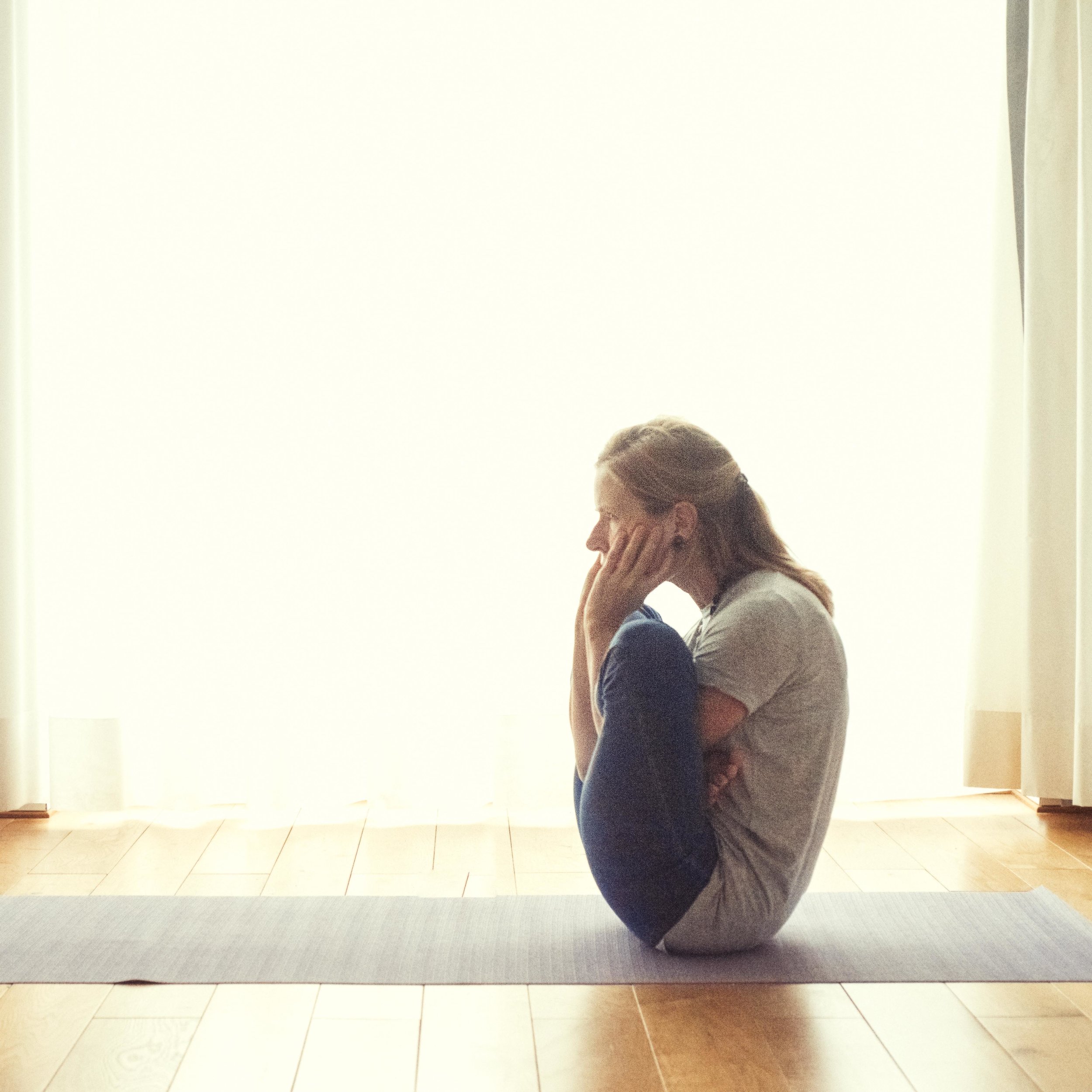 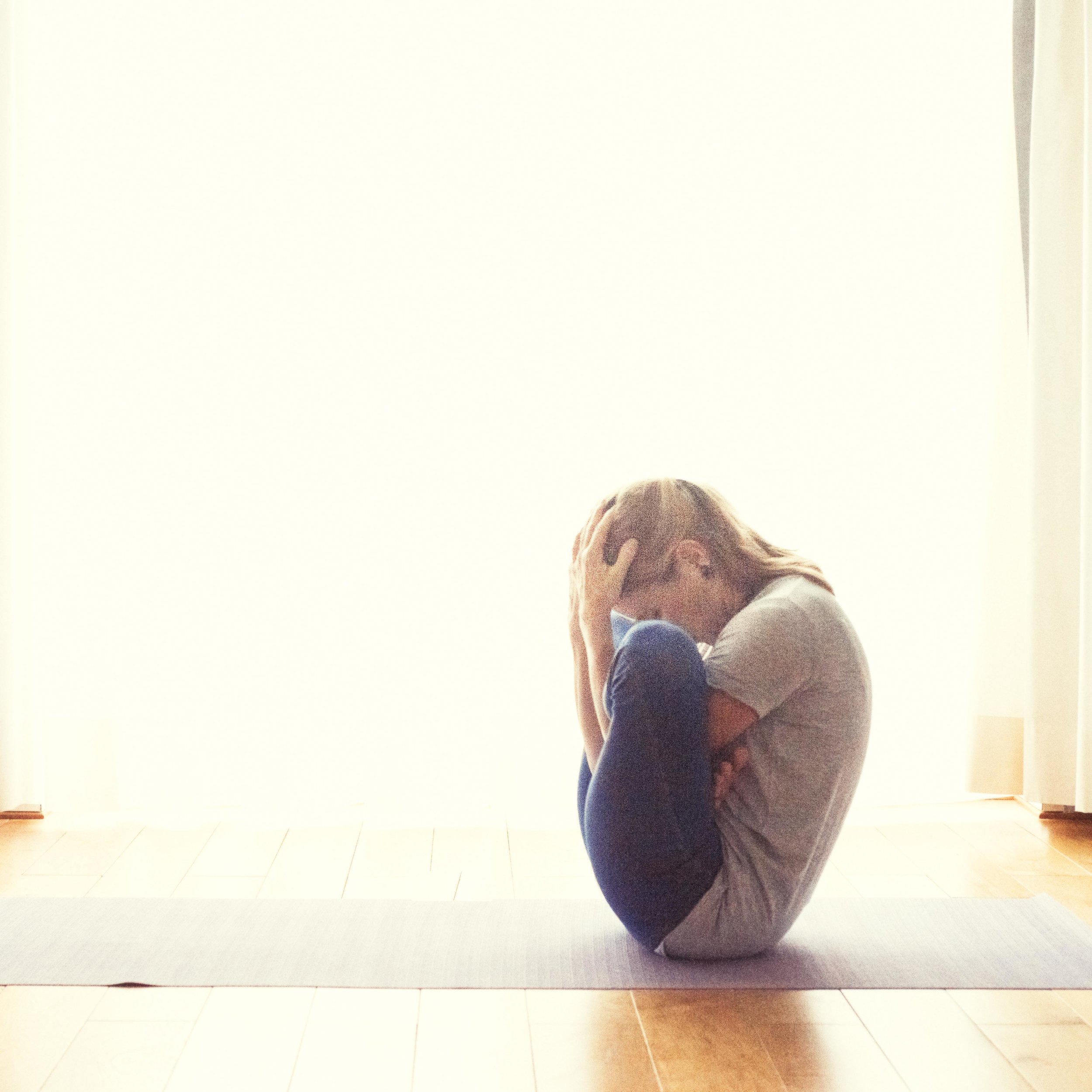 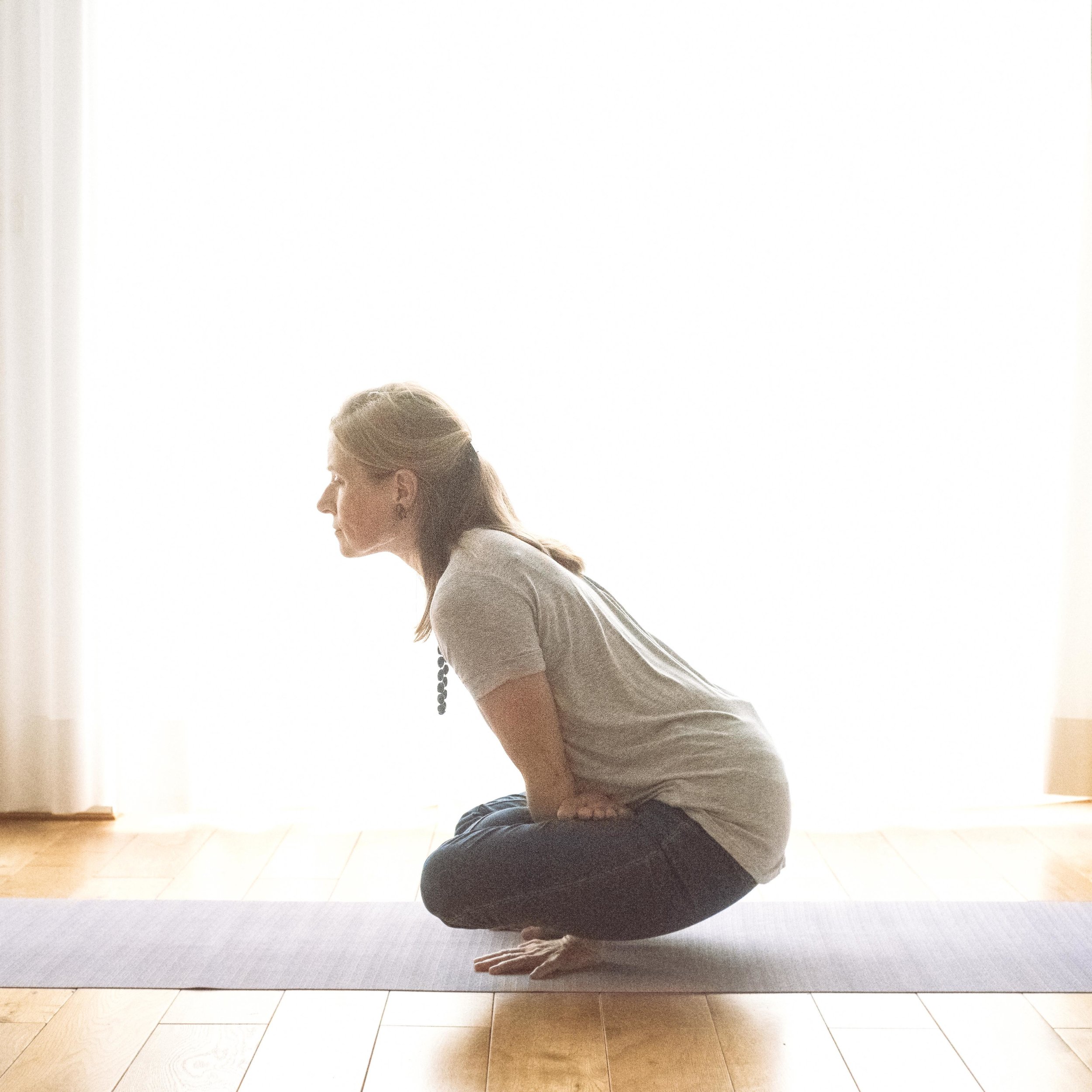 Half lotus got introduced in the standing asanas with the pose ardha baddha padmottanasana. It shall prepare full lotus pose. The asanas are entangled with each other. In the middle part of the first Ashtanga yoga series comes an asana that requires that one is able to do full lotus pose. Not enough, one must somehow stretch the arms through the folded legs. Then comes a dynamic part, the rolling clockwise. Finally the pose ends in kukkutasana.

I love the Ashtanga yoga series. I also know that in order to practice intelligently one must practice sometimes other asanas than given. It might make sense to practice first easier asanas in order to master the more difficult ones faster and without injuries. First one must be familiar with lotus pose before one is able to do garbha pindasana. My opinion is that it’s not necessary to stop here if one is not able to perform this asana perfectly. It will come with time.

More asanas that integrate lotus pose come in the closing sequence. Only the last three asanas are rather classic.

Lotus pose is a basic asana, it’s worth learning it. It’s THE pose for pranayama and meditation. Also in the second series comes an asana with lotus pose (supta vajrasana), so in the third series (urdhva kukkutasana A, B and C) and also in the forth series (punga kukkutasana) .

I learned padmasana in front of the TV. I sat in that position. When it start hurting, I changed legs. One must take care of the knees. Too much ambition is not recommended. A daily dose of padmasana can do miracles.

I change legs. During 2 years I followed the rule ‘right leg first’. After these 2 years my body was imbalanced. At home I can practice what I consider good for me. On Mondays, Wednesdays and Fridays I take the right leg first. On Tuesdays, Thursdays and Sundays I take the left leg first. I always want to exercise the right side and the left side of my body evenly. As a right-hander my right side is stronger, my left side is more flexible, not much but it’s remarkable.

This blog is about my yoga journey. It has started decades ago and no end is in sight. My yoga practice became the lynchpin in my life. It even became a life travel guide. Namaste.